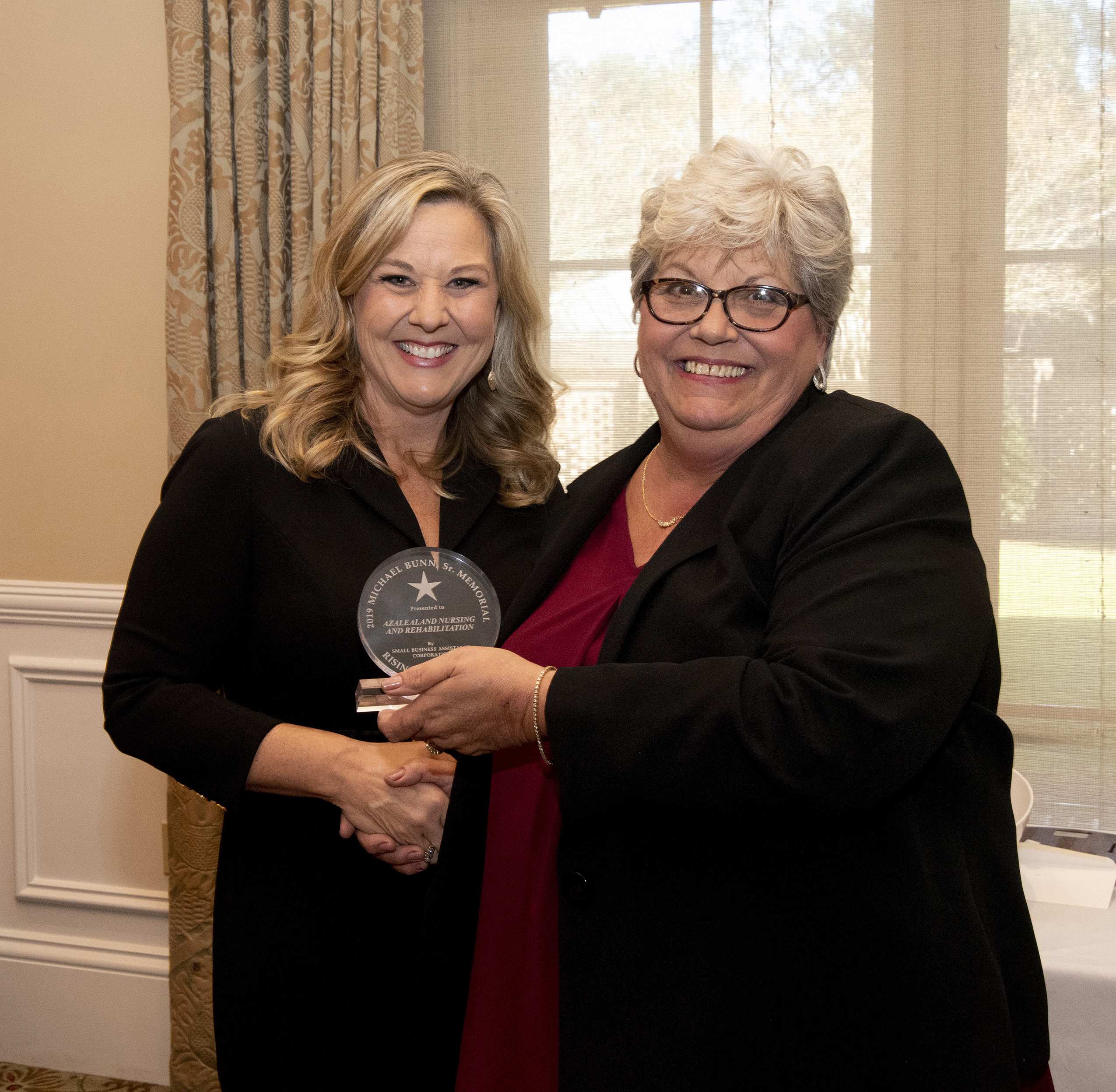 Michael “Mike” Bunn was the first person hired by Tony O’Reilly when the Savannah Certified Development Corporation, now known as the Small Business Assistance Corporation, was re-constituted in 1989. After many years as a part of SBAC, Miked developed cancer and sadly passed away. The Michael Bunn, Sr. Memorial Rising Start Award honors his memory. The award is given annually to a small business that has shown itself to be a “rising star” in its community. The 2019 recipient is Deborah Von Waldner Orne (“Debbie”) of Azalealand Nursing and Rehabilitation, Savannah’s only family-owned and operated skilled nursing facility.

Azalealand offers both long-term and short-term care and rehabilitation to Savannah’s aging community. It has a rich and interesting history, just like the hostess-city herself.

After literally selling the family farm (named ‘Milk Maid Dairy’) Debbie’s parent used the proceeds tp purchase Country-side Convalescent Home in 1966. With the help of what was surely one of the first SBA loans in Savannah. they built Azalealand Nursing Home in the same location it resides today in 1974, and have rarely had an empty room since. Debbie began working in the office as a teen n 1978. After her father’s death, Debbie and her brother Charles took over the day-to-day operations and have successfully runt he business for over 40 years.

Debbie has been a licensed administrator since 1988, and has received top accolades and respect in her field. She was an Eli Pick recipient in 2015, given by the American College of Health Administrators for her leadership at a top-performing skilled nursing facility. She also served as a board member and the Southeast Director of the Georgia Nursing Home Association.

While the facility has consistently operated in the top tiers for its industry, the building was in need of modernization and more square footage. So with the help of a SBA 504 loan through the SBAC and its lending partners, Synovus (Loan officer, Ryan Martin), Azalealand underwent an extensive and total renovation which began in 2016 and finished in 2018. The facility now has nearly 100 beds and a state-of-the-art rehab center which caters to more than just the residents of Azalealand.

While the building under-went a complete overhaul, the business remains a true family-owned operation. In fact, it’s the only remaining local, family-owned nursing and rehab facility in the area. Debbie is now the primary owner, and her son David Orne and business partner Andy Parker are also a big part of the business’ success. David is now a third-generation owner-operator.

In David’s Words, “It is through partnerships with entities like the SBAC that Azalealand has been able to grow and remain relevant in an ever-changing business environment, and for that we are grateful.”